As acting vice president for communication, Ken McConnellogue works closely with University of Colorado President Todd Saliman, the CU Board of Regents and the president’s executive staff on major strategic and universitywide communication initiatives.

McConnellogue serves as the CU system’s official spokesman and oversees CU’s internal and external communications, as well as community and special events. Among many other responsibilities, McConnellogue develops collaboration among communications teams across the CU system and campuses and searches for opportunities to share resources and expertise.

He has also been a newspaper reporter, radio commentator, magazine editor and freelance writer. An honors graduate of the CU Boulder School of Journalism and Mass Communication, he earned a master’s degree in communications at UNC. McConnellogue, a longtime Colorado resident, was born in Gloucester, England, and raised in Chicago and Colorado. 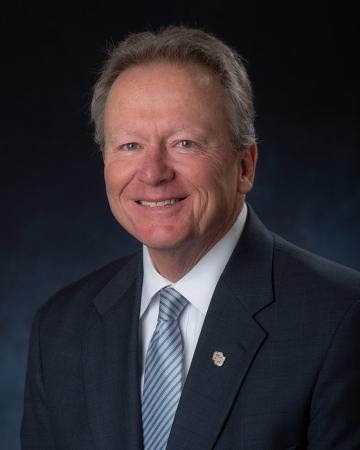