CU President Emeritus Bruce D. Benson was the longest serving president at CU in the past 65 years. In serving his alma mater, Benson enhanced CU’s standing as one of the nation’s leading public universities, advancing the economy, health and culture of Colorado and beyond.

Benson guided efforts to successfully institute operational efficiencies, cut bureaucracy and improve business practices at the university. CU secured legislation in the Colorado General Assembly that allowed it to save millions annually in areas such as procurement, insurance and construction. He also established a number of public-private partnerships to make the university more entrepreneurial and meet the needs of businesses in Colorado and across the country.

Benson oversaw a system of four campuses that serve 70,000 students with 35,000 employees and an annual budget of $4.8 billion. 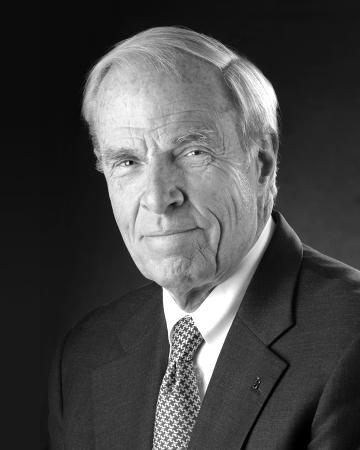